Mowanjum gets ready to celebrate

Organisers of the Mowanjum Festival are expecting more than 1000 people to attend the annual celebration of Wandjina-Unguud art and culture on July 12.

The midwinter festival attracts people from throughout Western Australia as well as tourists from around the world.

One of the performing art features this year will be the Warmun Dance Group. 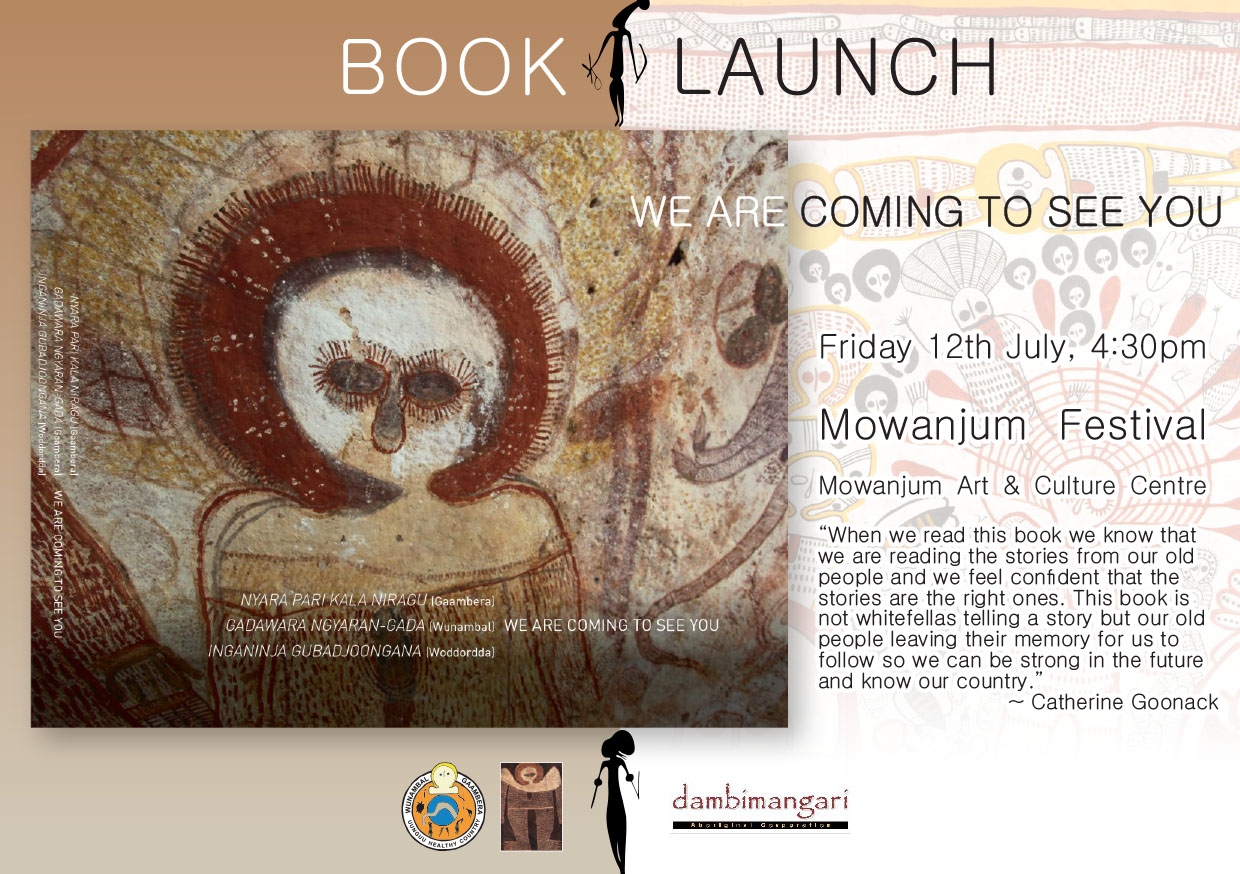 In addition, the celebrations will include two book launches – one an insight into Kimberley rock art and the other the story of Junba dancing and story-telling.

The books are important works on key elements of indigenous culture from the Worrorra, Ngarinyin and Wunambal peoples with magnificent illustrations.

Wunambal Gaambera and Dambimangari have published a book by Sylvester Mangolamara, Lily Karadada, Janet Oobagooma, Donny Woolagoodja and Jack Karadada. Compiled by Kim Doohan the book “We Are Coming to See You” looks at the important role played by rock art in sustaining the groups’ heritage and recording history.

Dr Doohan says the work is an opportunity for the old people to explain the meaning of rock art and stone placements.

The Junba Project is a collaboration involving Worrorra, Ngarinyin and Wunambal Traditional Owners, Melbourne University and Mowanjum Arts. The project has revived the art of storytelling through traditional song and dance connecting the modern participants to language and country.

“But it’s also a lot of fun” she said