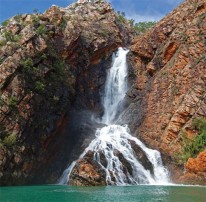 Dambimangari community members will meet at Derby Sportsman’s Club on June 16 to determine the future of an Indigenous Land Use Agreement (ILUA) for joint administration of some of Western Australia’s most important National Parks.

Under the terms of a proposal to be put to the meeting, Dambimangari Aboriginal Corporation would play a key role in the management of Horizontal Falls National Park and other iconic reserves on the Kimberley coast.

The ILUA would provide a legal structure for the joint management of four coastal and marine parks proposed in 2015 by the State Government.

The Parks are part of Dambimangari Country – Native Title covering approximately 28,000 square kilometres of land, sea and more than 720 islands.

The unique Kimberley Parks have been preserved as significant features of what would become one of the world’s largest networks of marine and terrestrial reserves.

The four parks are –

For more information on the details of the Dambimangari Aboriginal Corporation meeting click here.

Please note. The meeting will be restricted to Dambimangari Native Title holders. 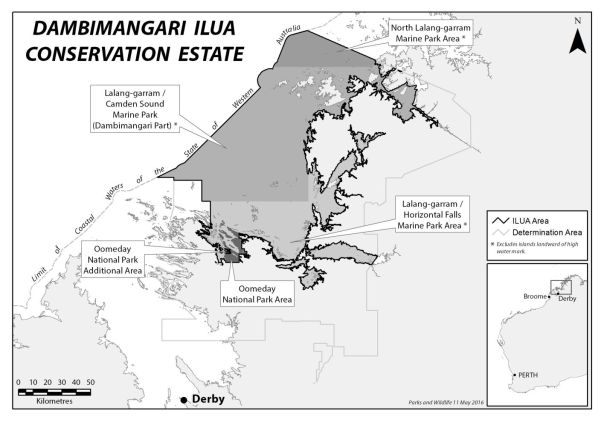