The nautical mile back to Dambimangari Sea Country

Over the last few years, the Dambimangari Rangers have been patiently waiting to access their country by sea.

In the past the only means of accessing Dambimangari country via sea has been by hiring boats, rangers being contracted to monitor research on third party vessels, and rare trips using the family vessels.

With the purchase of Manambadda nearly three years ago, it has been a hard stretch to get the Warrior on country with its rangers.

The start of 2020 was looking to be heading in the right direction to get Manambadda back out to sea, with:

Manambadda and the crew were left to sit and wait out this once in a lifetime pandemic. After a couple of moon cycles and many long days in the office looking at wind charts, planning food stocks, we at last were able to pack our swags with winter blankets for the first trip of the season. 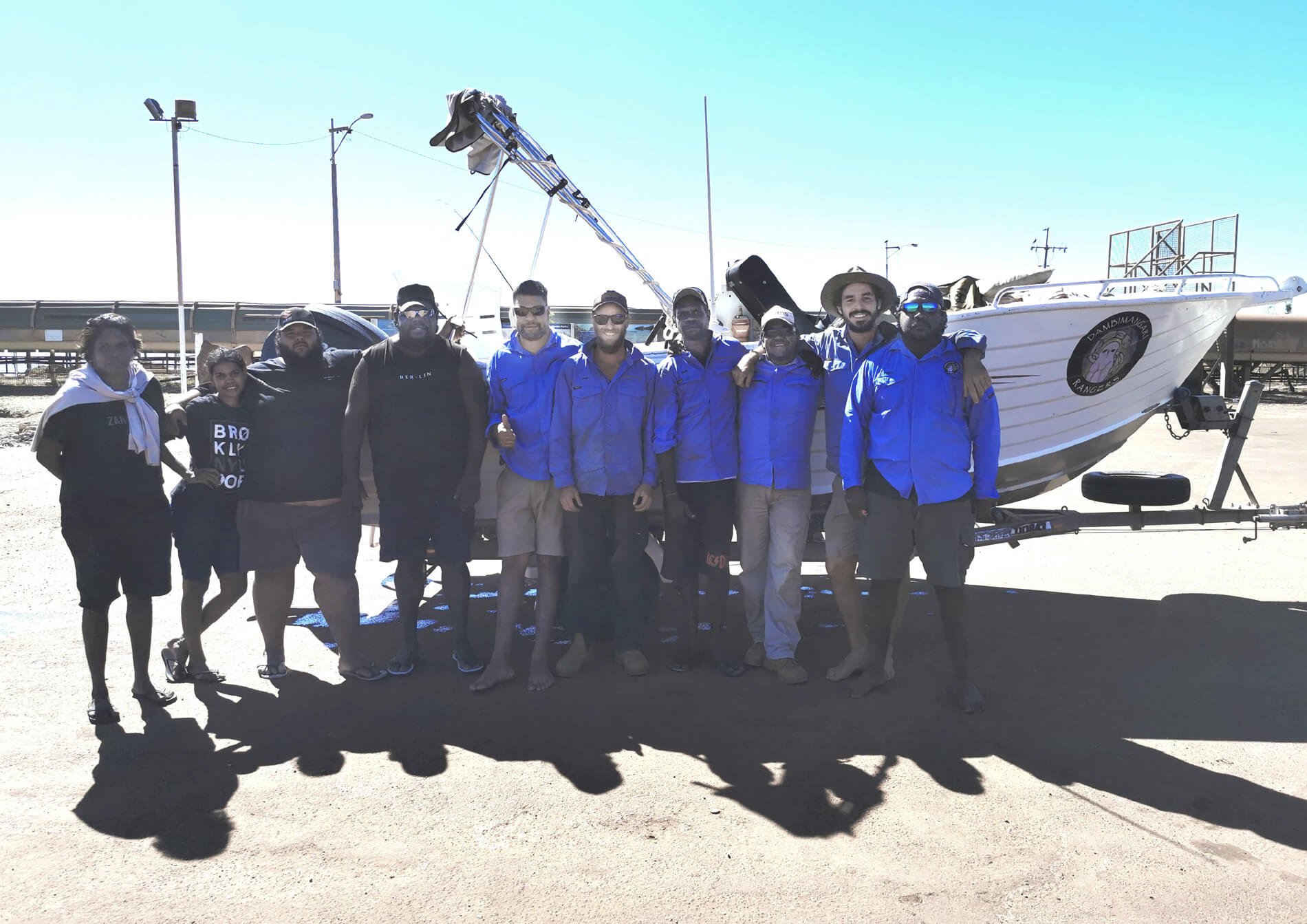 Our first destination was Silvergull to start the well needed clean up. We had seven very eager rangers lined up to tackle this job. Manambadda was packed with well over a ton of gear, the weather in our favour and neaps in the making.

0600 we were at Dambi HQ and not long after that we were doing our first safety brief of the 2020 season.

Stokes Bay, Inland sea, with Cone Hill to our east and Strickland Bay standing strong. We were then into Whirlpool Pass where the tides of Dambi country were showing their true power. Soon the colours of the Buccaneer were on our port and starboard sides and there it was we had crossed over Yampi and were checking out our new home for the next six days.

A quick feed whilst the tide rose and then it was on.

Over the coming days we had eight massive bonfires with consistent burning throughout the day. With the waste of dead exotic trees that had been planted by the squatters. Around 1km of poly pipe was removed, well over a ton of rubbish put into bulka bags, weeds (lantana) of national significance located and removed and just a big tidy up around the lease.

Whilst on country we took the opportunity to put in a safe fire break at Coppermine Creek to protect important infrastructure. Two TopWatch biosecurity surveys were also completed for marine debris and aquatic pests on the Koolan Island jetty and Drifter’s Beach.

With rangers full of steam, we took the opportunity and decided to bring the next trip forward, keeping the momentum flowing. With the return to Derby on the Tuesday afternoon it was a quick restock of supplies, a couple more gardening tools packed below deck and a refuel, then it was time to get back out there.

Somewhere between all of this we managed to spend some time with family and take some very excited TOs fishing.

This trip was heading to Yaloon for a well needed clean and some yard maintenance. Over the course of the next four days the brushes and mops went over every surface of flooring in the joint, all timber benches got a well needed wipe, garden beds cleared of all weeds and planted to suit the local landscape, grasses were mowed and fire breaks put in to protect infrastructure.

In between we conducted some weed surveys which will result in a weed program that will last over six years. More TopWatch surveys for marine debris also occurred, with pearling and fish farm equipment found to be littering the landscape, while a well needed supply of fresh fish was caught for families.

With many trips planned for the remainder of the 2020 season it looks like the slow start to the season won’t be mirrored by the later part.

Over the coming months we’ll be undertaking trips for weeds, camera trap deployment, marine park, turtle tagging and a host of other in-house work.

It’s safe to say that Manambadda and the ranger team will have their work cut out for them looking after the beautiful Dambimangari country.

Until next yarn,
Gala for now.