Dambimangari saltwater people have cared for their country for thousands of years. Sustainable hunting, fishing, land management and cultural engagement were the bedrock of a flourishing lifestyle before the arrival of European settlers in the 19th and 20th centuries. Led by the Elders and the Dambimangari Aboriginal Corporation the Traditional Owners are now working to build a successful future for their people, drawing on the strong links between the land and the Dambimangari identity. 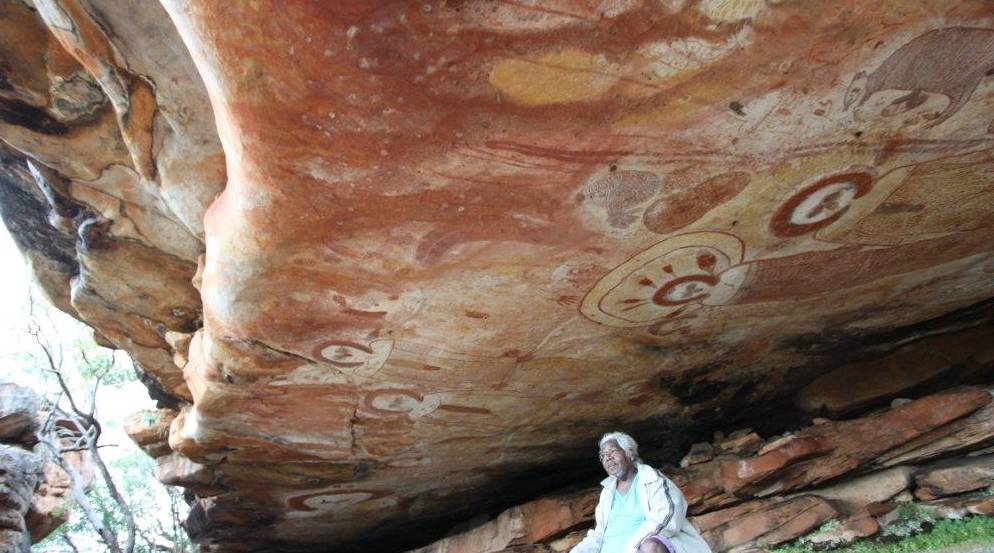 Dambimangari people (from dambeema meaning homelands and ngari meaning “belong to”) are determined to put more than two generations of disruptions and relocations behind them to rebuild a vibrant community.

With the process of colonisation, people’s lives were changed from traditional self sufficiency to a succession of European-built communities such as the Kunmunya Mission (near Prince Regent River) in the 1920s, Sunday Island in King Sound and – with the closure of Kunmunya – Wotjulum in 1950. Dambimangari Traditional Owners were moved into Mowanjum on the outskirts of Derby town in 1956 and to the new Mowanjum Community south of Derby in 1978.

Many Dambimangari people have settled in the Mowanjum Community with close kin from other groups of the Wanjina Wunggurr Community including Ngarinyin and Wunambal people. Other Dambimangari live in Derby town site, the Western Australian capital city Perth, One Arm Point and other small towns of the Kimberley and Pilbara. Few of the Dambimangari people still live on their traditional lands.

However, the Traditional Owners are determined to give their people the opportunity to return-to-country to re-establish permanent and seasonal communities to keep their culture strong and rebuild the foundation that supported their ancestors’ community before Europeans arrived. Plans for modern economic and community development are designed, in part, to help fund the economic activity and infrastructure needed to rebuild these Dambimangari communities, connections to country and way of life.

Elders and Dambimangari Aboriginal Corporation Board members believe that their country, being on country and knowing country is integral to the culture of their people and the well-being of the Traditional Owners. They are concerned that a generation of young people has never experienced the sense of belonging and safety created by living on country. The Elders are also concerned that the lost connection with country will undermine the heritage and law which provide the basis for Dambimangari culture and dealing with the demands of everyday life.